Goodwill is an act of kindness that bestows on you goodness you particularly do not deserve or qualify for. In blessing the tribes of Israel in the book of Deuteronomy 33, Moses branded Joseph and Naphtali’s lives for favour.

If you have ever been bypassed, ignored or neglected before (especially where others get attended to), then you will understand and get to appreciate the fragrance of favour. It qualifies you to be singled out and treated with preference, it delivers to you what others won’t get or will end up getting with stress. I see favour as being well disposed to swinging to action on behalf of someone or something even when the person or thing doesn’t necessarily qualify for it.

One man in favor will defeat a thousand men with weapons of warfare.

Abraham wanted the godly presence just as Moses wanted it, and he sprayed the fragrance of favour and angels couldn’t resist granting his request. The angel said to Mary the mother of our Savior Jesus Christ, ‘you have found favour with God….” How else would she have been the chosen womb to carry the Saviour of the world, if not on the account of the fragrance of favour? Jesus, (God in human flesh), needed an avalanche of favour hence scripture says He grew not only in physical stature but also in favour.

Beloved, the ‘favour factor’ is key.

Samuel wasn’t left out of this fragrance needed on the track of destiny(1 Samuel 2:26).

If all of these biblical personalities needed favor to navigate life, you need it, you need it, you need it! Someone once said, “Favour ain’t fair” I say it may not be fair but it is just and needful hence I cry out for it. Favor will fetch for you in a twinkle of an eye what took others almost a life time to get. Favour is a distinguishing factor; when it is at work, doors of life becomes automatedly becomes open as and when you approach. Like Naphtali, may you be rich in favour and full of the Lord’s blessings.

Prayer Action:
Sing unto the Lord in honor of Who He is.
Pray in the language of the Spirit bringing His Presence down.
Like Moses, ask the Lord intently for favour (His favour). Pray you find favour with God.
Appropriate God’s favour in specific areas of your life( your journey, your work and work place, your family, your health etc).
Pray according to Psalm 86:17, that the Lord will show you a sign of His favour. 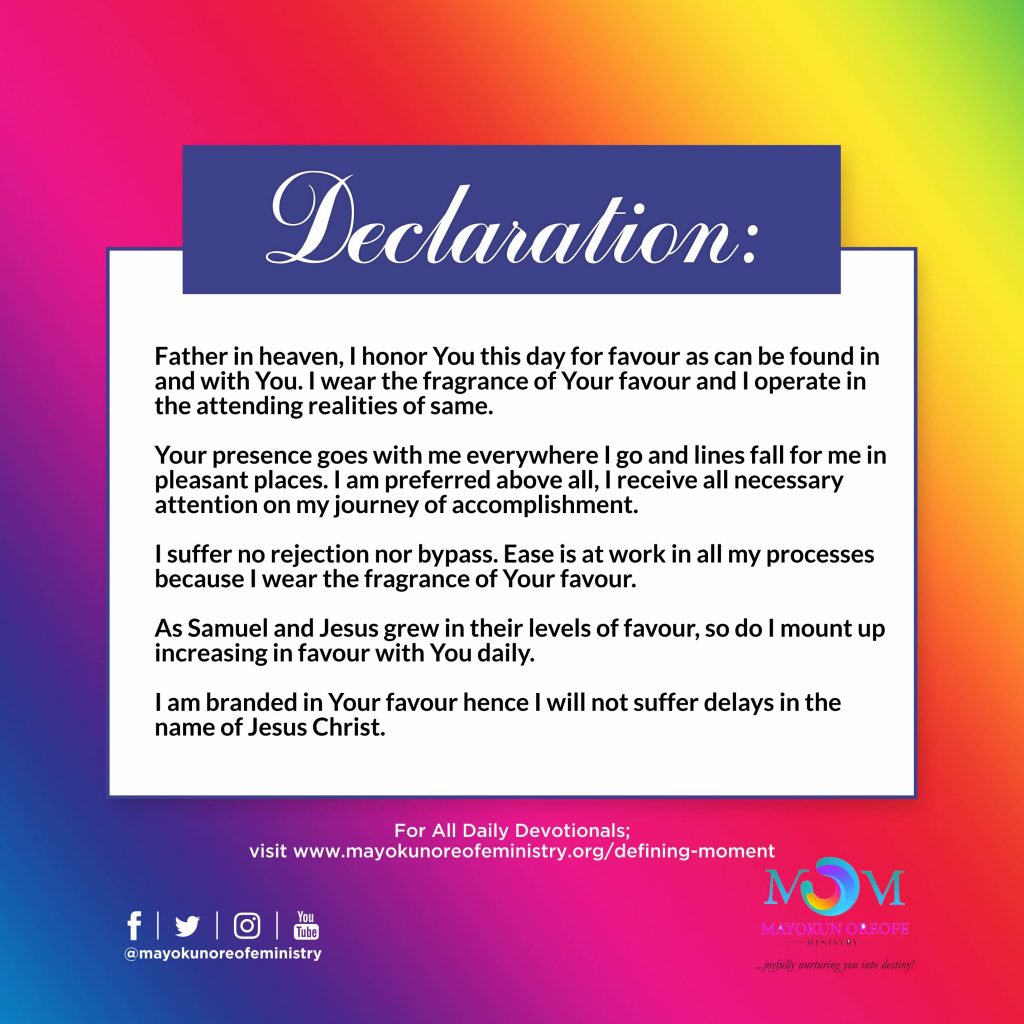 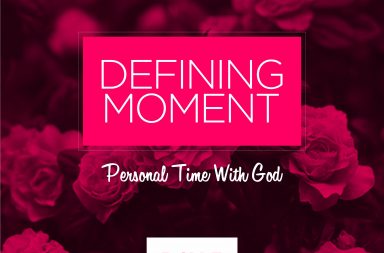 DAY 5 | ENGAGE THE STRENGTH OF GOD 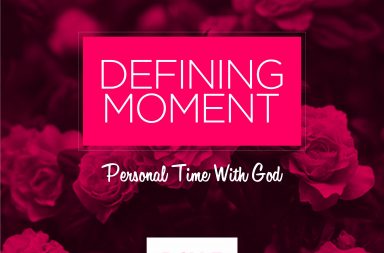