Word Study For Today: The Book of Proverbs Chapter 14.

Devotion: I AM VICTORIOUS.

The Presence of God commands victory.

To get a very clear understanding of a word sometimes, it’s best to check up it’s opposite. Defeat is an antonym of the word Victory. Defeat is the frustration or thwarting of hopes or plans; it is an overthrow or overturning; and it is certainly a setback.

Victory in itself is achievement, conquest, triumph and everything by which you can describe the act of overcoming. Victory adds feather to your cap.

No one aspires for a defeat. >I Chronicles 18:3 & 6, clearly implies, Hadadezer’s defeat was born out of the fact that God always gave David Victory.

==> 3)“Moreover, David defeated Hadadezer king of Zobah, in the vicinity of Hamath, when he went to set up his monument at the Euphrates River. 6)He put garrisons in the Aramean kingdom of Damascus, and the Arameans became subject to him and brought him tribute. The Lord gave David victory wherever he went.”

God was the orchestrator of David’s victory over Hadadezer. It wasn’t about David’s know how, rather his victory was triggered by God.

Your victory will always be a function of the backing you have. There can be many and diverse backings that enables or facilitates victory in your contest, challenge or situation; but the greatest and most needed backing is that of God. Without God in the journey of David, he could have turned out to be the defeated.

The absence of God’s backing for the believer is an assurance of a defeat. Numbers 14:42(NIV)==>“Do not go up, because the Lord is not with you. You will be defeated by your enemies,”

>Deuteronomy 1:42(NIV)==>“But the Lord said to me, “Tell them, ‘Do not go up and fight, because I will not be with you. You will be defeated by your enemies.’

Attempting accomplishment wherein there is the absence of God, brings about a huge disappointment. The Psalmist knows this too well hence in Psalm 20:6 he says ==> “Now this I know: The Lord gives victory to his anointed. He answers him from his heavenly sanctuary with the victorious power of his right hand.”

It is God that gives victory, hence he prayed >“Lord, give victory to the king! Answer us when we call!”==>Psalm 20:9 NIV

You must desire victory and pray fervently to God for victory. Going on a journey that excludes God, will mean walking contrary to your quest for victory. David recorded victory everywhere he went. You too can, and defeat will be alien to you; you’ll find yourself experiencing and sitting in God’s eternal kingdom with Jesus, having your name indelibly inscribed in the book of life. Awesome!

-Worship the God of victory.

-Pray in the triumphant language for 15 minutes.

-Ask the Lord to be your Shepherd all of your days [leading and guiding you every step of the way].

-Pray that the Lord your Shepherd gives you victory wherever and everywhere you go. 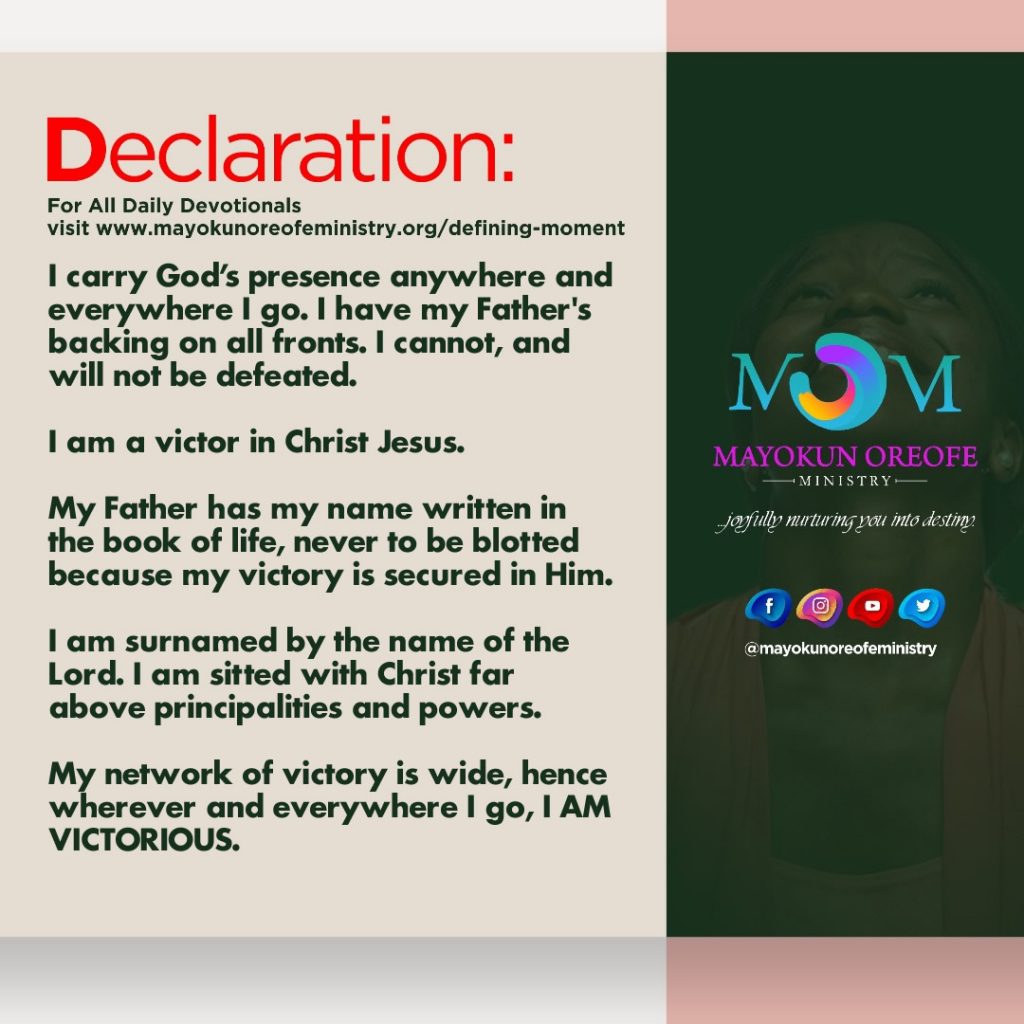 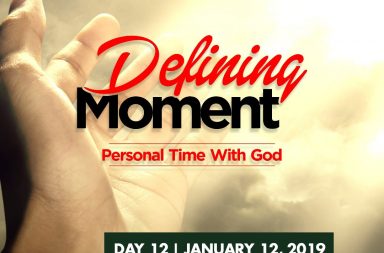